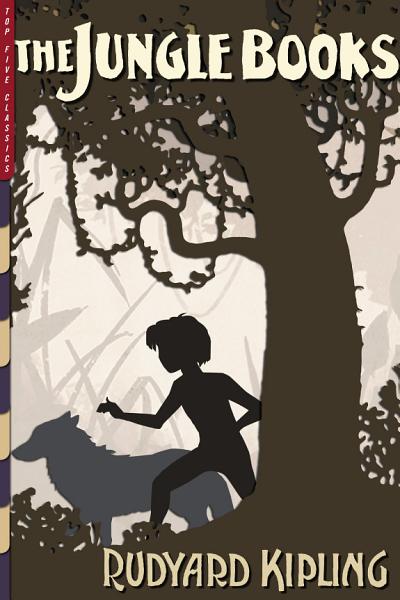 This Top Five Classics illustrated edition of Rudyard Kipling’s immortal The Jungle Books, includes:• Complete texts of both The Jungle Book (1894) and The Second Jungle Book (1895)• All of the Mowgli stories, plus “Rikki-tikki-tavi,” “The White Seal,” and many more tales and poems• 16 full-color illustrations by Maurice & Edward Detmold, plus more than 60 additional illustrations by William Drake and John Lockwood Kipling• Author’s Preface and Note on the Names, and a detailed author bioThe Jungle Books collect some of the most beloved children’s stories ever written, since they were first published in magazines starting in 1893. The stories feature Mowgli, a foundling raised in the Seeonee hills of India by a pack of wolves, a wise black panther named Bagheera, and a gruff but lovable bear called Baloo. The books also include the beloved tale of the mongoose “Rikki-tikki-tavi,” “The White Seal,” and many more. These stories helped confirm Rudyard Kipling as one of the greatest children’s authors of any era, as well as one of the greatest writers and poets in the English language.